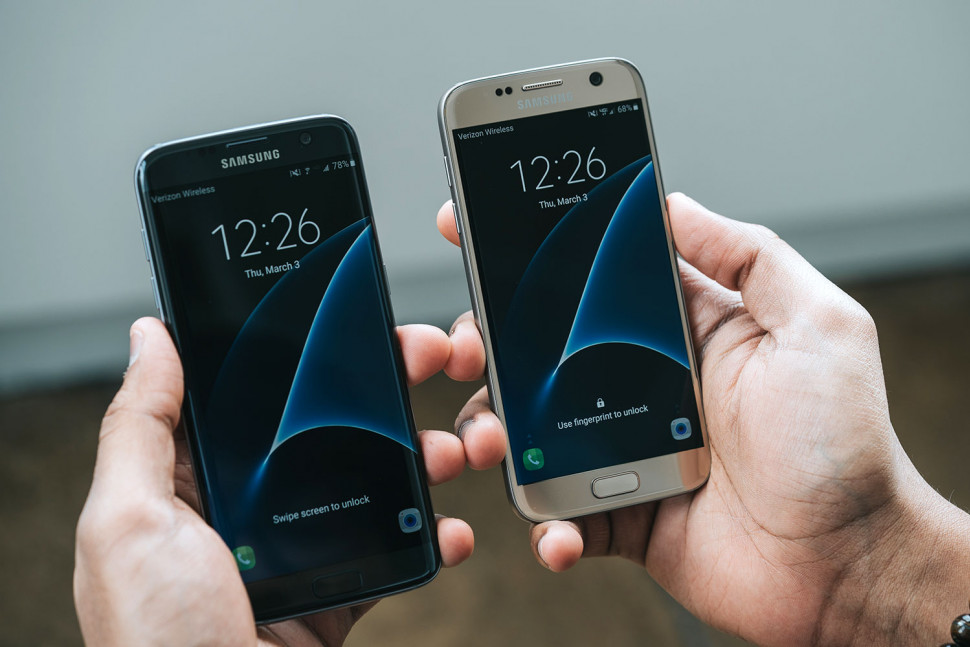 As per Techcrunch, Samsung is aiming to gather the best features of Galaxies past for their S7 line. That included features missing from the S6 like water resistance and a microSD slot, but the company also took the improved design from the S6 line and made it even better. You’ll be sure to notice the improved design of the larger S7 edge as soon as you pick one up. The sharp, flat back of the S6 edge has lost its unpleasantness and has been replaced with lightly curved edges that feels exceptionally more comfortable in your hand.

Other than the new dual-SIM microSD slot (which sits in the same positioning) the ports remain unchanged, a major feat given the top-of-the-line IP68 water resistance. On that note, Samsung confirmed to me that the phone should be able to withstand a half hour of submersion at about five feet of depth. This means it’ll be no problem to take an S7 into the shower or pool without worrying for your device’s life.

The Galaxy S7 Edge is a phone that lives and dies by its looks. If you’re only interested in the power then just go for the standard Galaxy S7. The smaller, ‘normal’, model has got all the same smarts, but a slightly sharper screen thanks to packing the same amount of pixels into a smaller area.

Even the simple option to double-tap the home button to activate the camera (which is a really nice element, if not as fast as some others on the market) helps the snapper feel more usable and intuitive; Samsung has really thought about the way it’s put this package together.

Samsung Galaxy S7 & S7 Edge is a premium phone & you feel it from the very moment you hold of it for the first time. Actually, that moment happens before you pick it up, as when you get close to it the always-on display will intrigue you, and the blended curve design will entice a little further. Then you can add the fact that this phone is waterproof, which gets people’s eyes raised. To some, the microSD slot is a big win and then camera is sort of overkill.

The battery life improvements are a relief, and push Samsung back into the realm of ‘decent enough power management’. One can easily get a good day’s use out of the Galaxy S7 & S7 Edge. With a phone that’s got a 3600 mAh battery underneath, we are assuming phone to last for full day on a charge with moderate to heavy usage.

That said, the excellent design, specs, power and performance on offer make the Galaxy S7 & S7 Edge a leader in many areas – if a phone is going to cost a helluva lot, this is the kind of phone you’d expect it to be.

Other feature like Samsung’s browser is smooth; also the fingerprint login to sites and ad-blocking feature is big add-on. S Health has always been big hit about “Galaxy” fans. This is a phone without hardly any technical compromise which is the first time I’ve ever thought that about a phone. It is an amazing phone.